Charlotte, NC – May 27, 2016 — Going into the spring athletic season, the race for the 2015-2016 3A Wells Fargo Cup was extremely close with Providence Day School behind the leader by 15 points.

The Chargers were able to take the lead by scoring points in every one of the individual spring sports and winning state championships in girls and boys track and field as well as the runner up position in softball.

Winning the cup for the fifth consecutive year once again underscored the overall strength of the Chargers athletic program. Overall, Providence Day scored 797.5 points, which surpassed the 727.5 second place points.

Athletic Director Nancy Beatty: "I could not be more proud of this accomplishment by our coaches and student-athletes and want to offer my sincerest congratulations to all."

Since its establishment in 1985, the cup has become the single most valued athletic achievement award in North Carolina.

The winning schools in each classification (1A, 2A, 3A) receive an engraved silver cup and banner. Both awards are provided as permanent recognition of that year's athletic excellence. 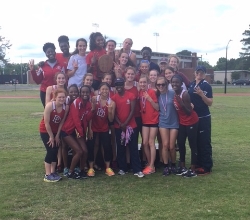 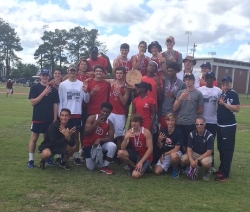