The following individuals have direct reporting responsibility to the Head of School.

Mr. Jeffrey Appel serves as Associate Head of School for Institutional Advancement, and has been with PDS since 2011.

As a member of the school’s senior leadership team, Appel helps to shape and implement the future strategic direction of the school. He is responsible for all resource development activities and oversees all aspects of development and strategic communication, including public relations, annual giving, major gifts, alumni affairs, constituent information, and related administrative support of these functions.  In addition, summer programs and campus safety & security fall under his direction.

With a master’s degree in education, for administration and supervision in higher education from Suffolk University and a bachelor’s in business administration from Curry College, Appel has more than 32 years of experience in institutional advancement, including roles as chief development officer (the Baldwin School in Bryn Mawr, Pa.), associate vice president for development (Washington College in Chestertown, Md.), assistant head of school for alumni and development (Berkshire School in Sheffield, Mass.), annual fund director (Darlington School in Rome, Ga.), and alumni and parent relations director (Curry College in Milton, Mass.).

While serving as the chief advancement officer for three independent schools, Appel has been highly successful in major gift solicitation for capital, endowment, deferred and annual giving programs, and has helped each institution achieve or exceed various program and campus-wide goals, raising more than $112 million.  His experience also extends internationally, having traveled frequently to Europe and Asia in support of admissions, alumni relations, and development work during his 12-year tenure at the Berkshire School.

Appel is a member of the Council for Advancement and Support Education, the National Association of Independent Schools, and Association of Fundraising Professionals. He has served on the Board of Directors for Southern Berkshire Chamber of Commerce, Sheffield Land Trust, and Northwest Georgia Credit Union, and was a member of Town Hill School’s Development Committee.

Nancy Beatty joined PDS in 2013 and serves as the Director of Athletics.

Beatty’s responsibilities include the management of all areas of the Charger athletic program including budget, personnel, scheduling, athletic facilities, academics, public relations, Charger Club, and the overall well-being of the student-athletes and coaches. Beatty works directly with the Head of School to ensure the school’s mission and vision are echoed throughout the athletic program.

Prior to PDS, Beatty served as an educator, athletic director, and girls’ basketball coach for both Pinewood Preparatory School in Summerville, SC, and St. Vincent- St. Mary High School in Akron, OH. With 25 years of coaching experience, Beatty has led five basketball teams to state titles, earned 16 Coach of the Year honors, and assisted 20 of her former players with collegiate signings.

As an educator and administrator at Pinewood Preparatory School, Beatty was the first physical education teacher to be awarded Master Teacher in 2009 for the South Carolina Independent Schools Association (SCISA). She also was instrumental to introducing three new varsity sport programs and served as project manager for the baseball lighting project. In acknowledgment of her accomplishments, she was the recipient of the SCISA Volunteer Athletic Director in 2012.

In addition to her passion for coaching basketball, Beatty has coached volleyball, cross country, and softball teams to several district and regional titles. From 1997 to 2002, she served as a collegiate assistant women’s basketball coach at The University of Akron in Akron, OH, and The College of Charleston in Charleston, SC, where she was responsible for recruiting, team travel, and game management for both programs.

Beatty completed her Master of Education in 2006 from Southern Wesleyan University and earned her bachelor’s degree in science from Kent State University in Kent, OH.

Erin Harper is the Head of Lower School, leading and managing all aspects of TK-5th grades with over 660 students. She has been in the classroom as an educator since 2005, joining Providence Day School in 2007 and holding her current position since 2016.

Erin received her Bachelor of Arts in Elementary Education from Wake Forest University, where she was team captain of the women’s basketball team. She received her Master of Educational Leadership from Wingate University in 2014. She is also a National Association of Independent Schools Aspiring Heads Fellow, Board member of the City of Matthews Committee on Education, and has served as a Co-Chair of the Vision Committee during the reaccreditation process. In 2005, she was named Charlotte-Mecklenburg Schools’ New Teacher of the Year.

At Providence Day, she has played key roles in admissions and enrollment management, collaborating to increase Lower School enrollment by more than 80 students in three years. She has partnered with the office of Equity and Inclusion to ensure curriculum reflects the diversity of our student body and cultivates a more inclusive community. She has redesigned the fifth grade experience to assist with the transition to Middle School and redesigned Lower School schedules to provide common planning time for teachers and common recess time for grade levels. In her current role, she has drawn on her prior experience as a Head JV Girls’ Basketball Coach,  fourth grade teacher, team leader, and Assistant Head of Lower School. She looks forward to continuing to use innovative approaches and leadership to enhance the student experience at Providence Day. 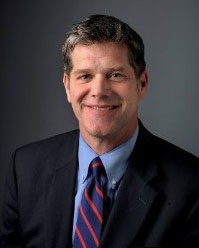 Eric Hedinger has been Head of Upper School since 2012 after first joining Providence Day as an Upper School English teacher in 1996.

He served on the Honor Council for 12 years, has served on the Committee for Social Responsibility, has served as Assistant Head of Upper School, and Co-Chaired the 2008 SAIS Vision Committee. Eric has coached both the boys and girls varsity soccer teams.

Eric received his Global Educator Certificate in 2010, with travels to Peru and Ireland. He was the first recipient of the Blackwell Award for Teaching Merit in 2002 and was the recipient of the Brian Eichenbrenner Master Teacher Award in 2006. Eric earned his B.S. in English from Frostburg State University, along with Secondary Teaching Certification, and his Master of Education from Winthrop University. He was a member of the Omicron Delta Kappa National Leadership Honor Society as well as the Sigma Tau Delta National English Honor Society.

Eric shares his time volunteering for the Charlotte community in many ways.  He is a leader who supports experiential education, differentiation, and innovation as core values for a learning experience inside and outside of the classroom.

Dr. Nadia Johnson serves as Director of Equity and Inclusion, and has been with PDS since 2010.

Prior to joining PDS, Johnson taught at the University of Miami, where she received her doctorate in Cultural, Literary, and Gender Studies. In particular, her studies focused on race, gender, and national identity formation in the Caribbean and Latin America. She continued to explore her interests in cultural politics, identity formation, and social justice during her tenure at PDS, both in the classroom as a member of the English and Global Education faculty — her curriculum emphasized the importance of analyzing culture from multiple perspectives — and beyond through a service-learning study tour in Red Hill, South Africa.

She has served on the school’s Multicultural Advisory Board in a leadership capacity, chairing the Multicultural Curriculum Committee for several years. She also has been a faculty advisor to the Upper School Cultural Alliance club, guiding them through the transition to SPEAK (Students Promoting Education, Awareness and Knowledge), and helped create (and is the current advisor to) the student-led fundraising and awareness organization Students for South Africa, which supports a township preschool in Cape Town.

Johnson authored “The Culturally Responsive Classroom Without Borders”,  which was published in the Summer 2015 edition of Independent School magazine.

Lisa Knight joined Providence Day’s leadership in summer 2019. She brings over 20 years of experience in education, with expertise in admissions, marketing, recruitment, advising, and developing programming to support success and institutional advancement.

She served most recently at Flint Hill School in Oakton, VA, a leading independent pre-K through 12th grade school, where she was Director of Admission and Financial Aid since 2014. While there she oversaw increases in enrollment and retention for their Lower, Middle, and Upper Schools. She also served as Director of Admissions for Atlanta Girls' School, an independent all girls' day school serving grades six through 12, for eight years. Prior to that she also held positions at the prestigious Miss Porter's School, an independent all-girls boarding and day school in Farmington, CT; the Westminster School in Simsbury, CT; and the State University of New York in Farmingdale.

Since 2014, she has served on the Scholar Selection Committee for the Jack Kent Cooke Foundation, reviewing and determining recipients of the highly competitive scholarship program. She has been affiliated with organizations including Virginia Association of Independent Schools; Enrollment Management Association; National Association of Independent Schools; National Coalition of Girls’ Schools; and Alpha Kappa Alpha Sorority. She is excited to serve Providence Day and the Charlotte community in her new role.

Kristen Kral serves as the Assistant Head of School for Finance and Risk Management, and joined PDS in 2015.

In this role, Kral is charged with overseeing all risk management and ensuring the fiscal integrity of the school, as well as supervising the Facilities department. She also works closely with the Finance, Investment, and Building & Grounds committees of the Board of Trustees to advance the school’s strategic vision.

Kral brings more than 15 years of diverse financial, accounting, and operational experience to her role.  She has developed an expertise in cash-flow forecasting and profitability analyses, process re-engineering including technology enhancements, and bank refinancing. Her experience spans a wide variety of industries including several large not-for-profit businesses including a $40MM Foundation, a $10MM museum and a $6MM family support center.  Previously, Kral was a consulting manager at McGladrey, LLP and a partner with Fort Dearborn Partners.

She is a member of the American Institute of Certified Public Accountants and the Charlotte Women’s Executive Group.  Her community involvement includes the American Heart Association Circle of Red and the Women’s Impact Fund.  Kral received her Masters in Business Administration, Finance from the University of Notre Dame and a Bachelor in Accounting and Finance from Saint Mary’s College.

Mr. Michael Magno serves as the Assistant Head of School for Academic Affairs and Head of Middle School at Providence Day School. As a member of the school’s senior leadership team, Mr. Magno is charged with overseeing the TK through 12th-grade curriculum, encompassing all academic programs, policies, and practices. He is also Head of the Middle School division, coordinating with the Upper School and Lower School Division Heads to oversee PDS student life and academic life.

Michael received his undergraduate degree from DePaul University, with a double-major in Psychology and Biology, and a minor in Communication. He holds a Masters Degree in Education from Montana State-Bozeman with a specialization in Performance Assessments.

In recent years Mr. Magno has been able to lead the Middle School curriculum by implementing an end-of-semester capstone project - a collaborative problem-solving experience that culminates in a student group presentation on a real-world solution. Capstones integrate the PD Passport skills of communication, collaboration, creativity, and critical thinking, as well as the character dispositions needed on the journey to becoming a global citizen. He has been a presenter at the local, regional, and national level on the topic of Private with a Public Purpose. Michael has been invited by the NAIS (National Association of Independent Schools) Innovation Kitchen to present as well as collaborate with other innovative schools.  He was recently invited to design and present at the recent SAIS Division Head conference.

Mr. Todd Swartz serves as Assistant Head of School for Human Resources and Operations, and has been with PDS since 2005.

As a member of the school’s senior leadership team, Swartz provides leadership and direction for strategic planning, vision and change management initiatives, project management, and policy and program development. He creates all Providence Day personnel policies and directs all human resources functions.  In addition, he supervises the Extended Day department.